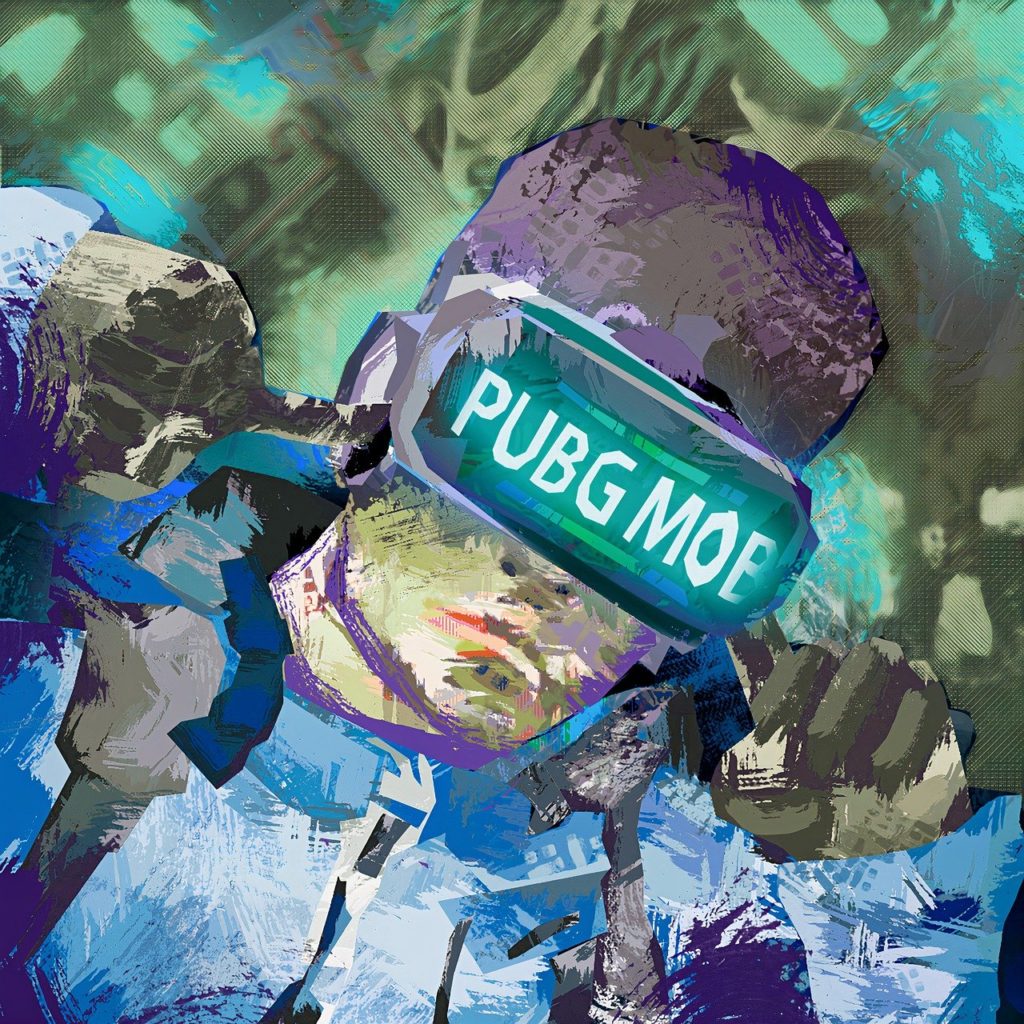 PUBG, which left its mark on the game rankings around the world, entered the agenda of all players with the name PlayerUnknown’s Battlegrounds. In the competitive PUBG competitive game, which has a competitive, insane and enjoyable gameplay experience, a relentless, extremely challenging survival challenge awaits you. Let’s examine it together in our article titled What is PUBG? How to Play PUBG?

On the other hand, if you have given yourself to this game in some way or if you are thinking of trying the game, this article is for you. How to play PUBG? How to survive in this fantastic environment?” If you say so, we have compiled them all together with their tactics. 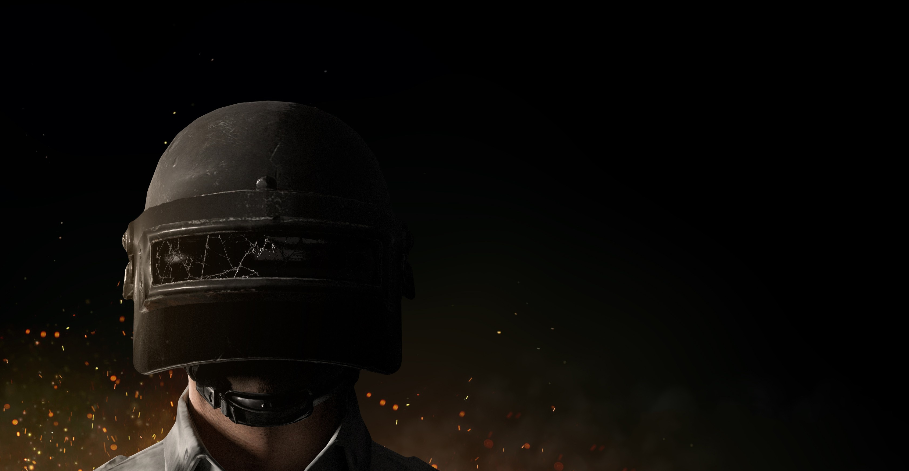 In general, PUBG is a game that is synonymous with real life and is incredibly designed for its users. PUBG, which can be played solo or as a team, is in the category of Competitive FPS games.

Players who have accumulated in the plane in the game try to survive with the equipment on the island by parachuting to the points they have determined. There are generally 100 people in the game. In the past years, people of all ages, especially young people, have been playing online computer games serially.

In general, the online game craze that started with “Counter Strike” has led to the creation of large tournaments by taking its users to higher levels with many online games such as “Metin2, Dota, World of Warcraft, Counter Strike, League of Legends”.

In the final analysis, it was PUBG that attracted the attention of everyone and managed to attract attention. PUBG can be purchased from the Steam platform for a fee. As it is known, Steam is the player platform where the original versions of the computer game can be purchased. In addition, with the increase in the user base in PUBG, it has entered the category of games that have achieved very high sales figures on Steam.

How to Play PUBG?

Gender is determined first when entering the start menu of the game. You can buy yourself a few beginner-level clothes from the right section and wear them. As you collect points in the game, you will earn chests and you will be able to have things like clothes, hair type changes, etc. from these chests. When you complete the operations, start the game from the top left. There will be a cooldown at first spawn and everyone in the game will appear around you.

After the cooldown is over, all the players you see will be in a plane. This aircraft will be traveling from the starting point of an island to the ending point. Each player must land on the map with the help of a parachute to a point he has determined for himself. 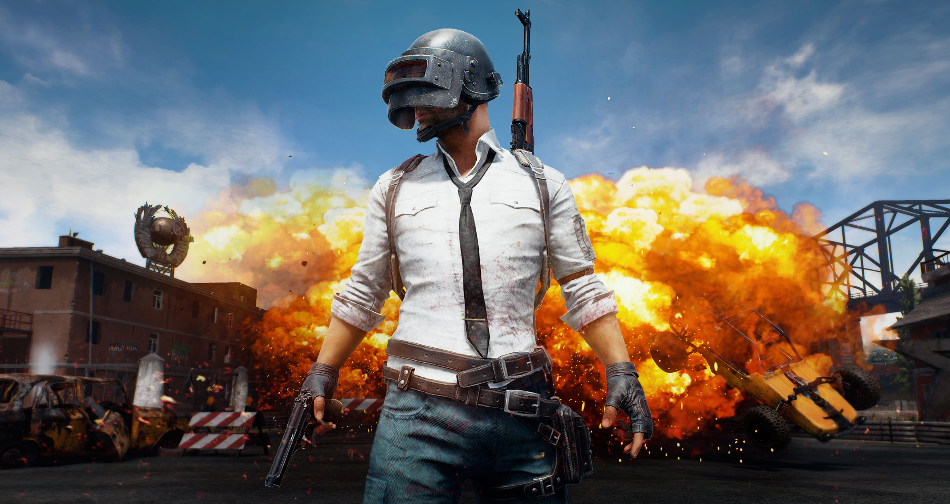 PUBG A Game That Requires Patience

Do not expect anything from anyone in the crazy virtual world of PUBG game. The first thing you should do when you see someone in PUBG, if you have made a LUT, is to immediately grab the gun and shoot at the enemy. There is a very unbelievable situation in this game within the framework of the gameplay character of Battle Royale games. You have to play PUBG by turning into an attacker without expecting empathy from other players. PUBG is incredibly difficult as a PC. If you enter a match with a rank, master players may come or you may encounter cheating and you may die while in the air.

You Can Play the PUBG Game on the Devices You Want (Phone, Tablet, PC)

Having incredible platform options, PUBG, TENCENT maker has developed it so much that it can be played even on smartphones. PS4, PC, Android, Xbox One and iOS versions of the game; Steam for PC can be downloaded from the respective game stores for other platforms.

Since the iOS and Android versions of the game are free, the interest in the mobile PUBG game is also great. If you have a computer at home and you want to play the game without paying any money, you can play PUBG mobile on your computer by clicking here. 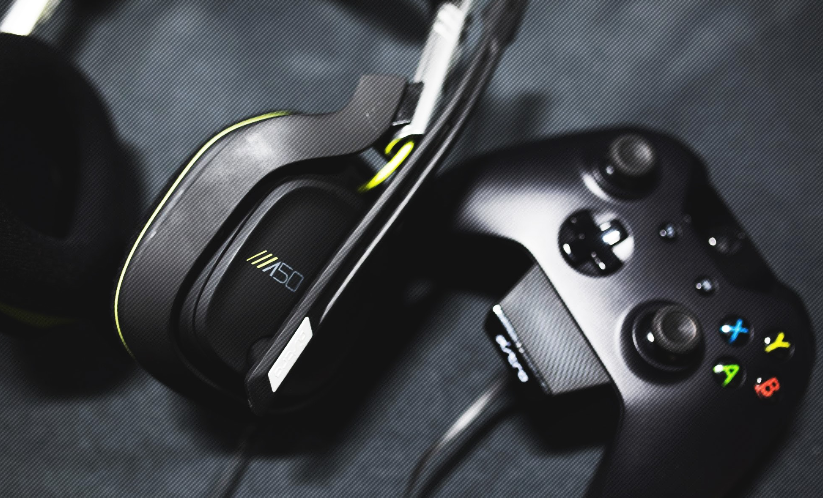 PUBG is a Strategy Game (Don't think like CS)

Until now, we have been playing many competitive FPS games in multiplayer. Games like Quake, Counter-Strike, Unreal Tournament and many more have shown us how enjoyable online competitive FPS can be.

If you are stepping into the FPS or competitive game with PUBG for the first time, you need to erase your previous experiences from your mind. As soon as you enter in PUBG, you are surrounded by enemies waiting to hunt you wildly. Unlike other PUBG games, you can implement the aggressive gameplay style of neither rushing in the Counter-Strike game nor the mocking in the Quake game.

It will be beneficial for you to always follow a careful, aggressive and defensive game style in PUBG. No Sauteing in the PUBG arena or Sleeping there too! You won’t get a chance. In this game, snipers lurking in the deepest corners shoot them from a distance that you can never see them, and you end up in the waiting area or return to the lobby. 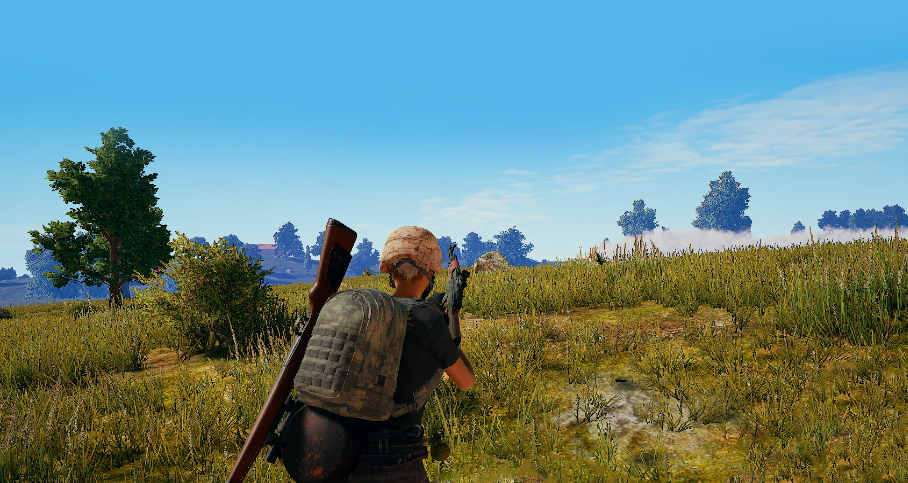 The only aim of 100 people who don’t know each other is to kill anyone who comes in their way, what can you do alone in this area you are in? Of course, with the slightest sound, you will jump out of your place. In PUBG competitive competitions, which are based on the struggle for survival, it is very important that you turn up the sounds.

If you have a headset that can provide a sound experience, it is not even sincere to be the first in this game. The makers of the game have done a great job with sound programming. If you are a professional while playing PUBG, you can find out from what distance or with which weapon your opponent is shooting at you just by listening to the sounds. 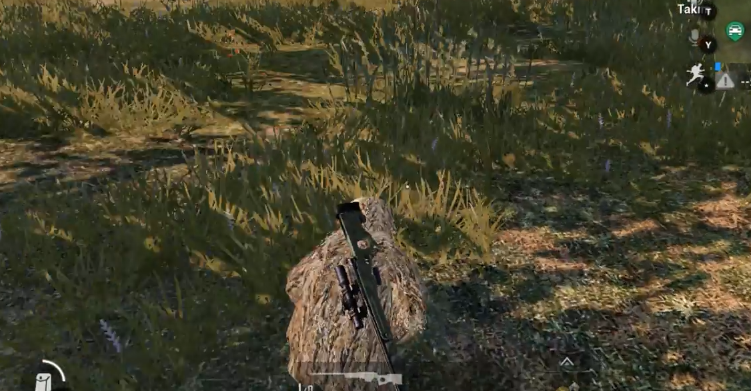 Learn to Integrate Weapons and Equipment

One of the most difficult aspects of PUBG competitive game is the inventory system, which has a different and complex structure. After parachuting into the arena in the game, you will have to find armor, weapons, health material items by running around.

While adding the armors and weapons you find around to the inventory, try to keep yourself in secluded corners. Since the inventory system of the game is completely under your control, you can die suddenly while editing items. Sometimes, you can die by being caught unprepared while trying to replace the weapon you have with a better one. 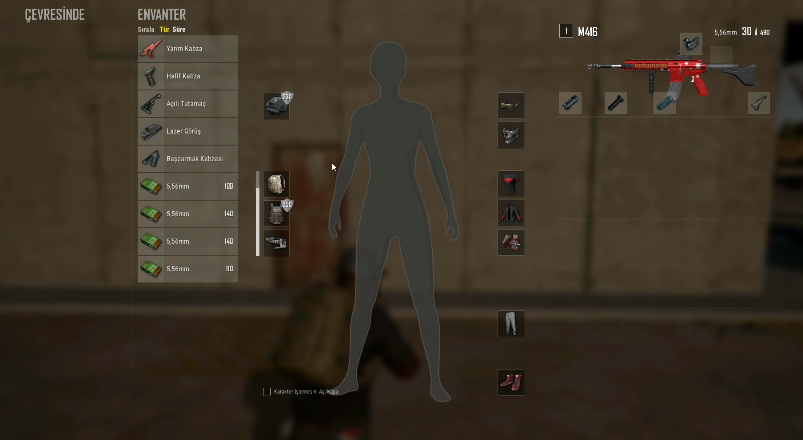 In PUBG, You Must Make the Right Weapon Choices in Close or Distant Combat

Since you will be in a wide area while playing PUBG, its machine guns are generally advantageous whether close or far away. Collect the items that will be of use to you in the game, the rest is unimportant. These materials are also found in buildings with very narrow corridors.

For example, while it is in the close range weapon category such as a shotgun, it will be much more effective inside buildings than sniper rifles. At close range, leave the long-barreled rifle and grab your shotgun or pistol. On the other hand, bombs are the biggest factor in winning the game. You can send a bomb to the enemies you catch inside or outside the buildings and return them to the lobby. 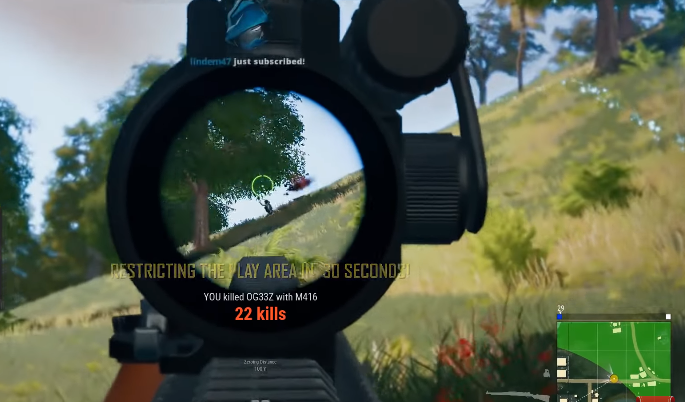 The Use of Vehicles is Very Important in PUBG

Vehicles are vital in PUBG game. Definitely use tools in the game to catch opponents, escape the area and move much faster. On the other hand, as soon as you see these vehicles, don’t try to sit in the driver’s seat by running, instead, first take a look at what is around you.

Some serial players can use these vehicles to ambush other players. In the PUBG area, where silence is important, it should not be forgotten that traveling by vehicle creates great noise.

In PUBG You Must Play Calmly, Wait For Your Opponent Until The End

Patience is everything in PUBG. In the game you have to learn to wait. Or you die, simple as that. Remember that a narrowing gas circle surrounds the map in PUBG and patience is the most important factor.

While playing the game, you can easily understand how many people are dead and how many are alive, thanks to the counter on the top right of the screen. If there is no one around, if you do not think you are under threat and if you are away from the gas circle, it is okay to wait. 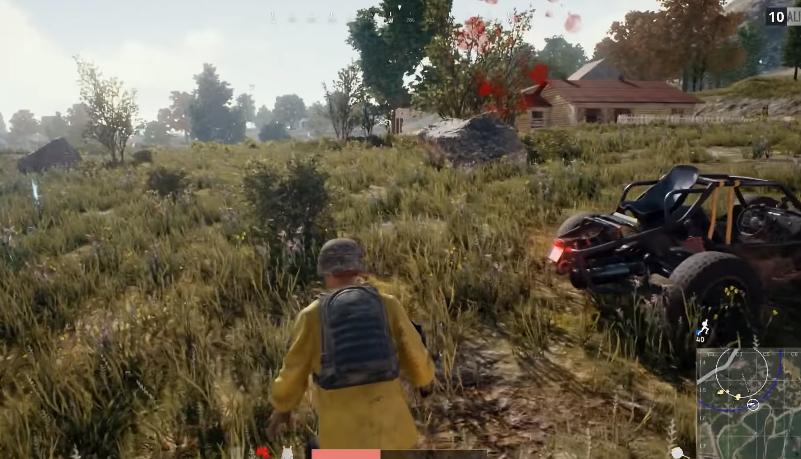 Imagine you are inside the apartment in PUBG game. You have a gun and you haven’t found your armor yet. What do you do when you look out the window and see an opponent with an automatic weapon and armor on it? Do not try to shoot the opponent directly, or he may turn to you and one-shot. So wait until you find an automatic weapon. Don’t make a sound.

If you don’t have a gun to hit distant targets, it’s best to let an unnoticed opponent walk away.

How to play PUBG? We tried to briefly explain the answer to the question. The item is a little different. It is to watch the best PUBG players in the world and to observe what they are doing, what weapons they are using, and to become better equipped accordingly.

As a recommendation, first of all, if you want to master PUBG tactics, it is useful to watch the videos of players like Shroud. You can watch this game from both Youtube and Twitch publishers and make moves accordingly. Finally, you can take a look at the most basic things here.

BUY PUBG UC
ARE YOU STREAMER?