Developed by Riot Games and standing out as one of the most popular FPS games of recent times, Valorant was officially released on June 2, 2020. We take a full look at this free, multiplayer tactical first-person shooter video game that has been around for a year. In fact, a lot of clues are hidden in the depths of the game, as in other games, there are many theories about the characters of this game. In fact, they constantly show us different theories in the videos published by Valorant themselves.

Many maps are inspired by different cities. For example, they designed the Ascent map with the idea of tearing off a piece from a region in medieval Italy and throwing that piece into the sky, or the Bind map was inspired by Morocco.
It uses proprietary Vanguard cheat detection. Vanguard has ever-evolving detection methods and the ability to instantly remove cheaters. Even in the middle of the game, cheaters may be detected and your match may be cancelled.

There are too many Twitch streamers streaming Valorant. If you want to watch the gameplay of the game before you start playing, you can watch these publishers: LEGOO, cNed, Aimdll__, Mujs_

Developed by Riot Games, a game production and distribution company based in Los Angeles/California, Valorant stands out as one of the most popular FPS games of recent times. First released under the codename Project A in October 2019, the game began its closed beta period with limited access on April 7, 2020, and was then officially released on June 2, 2020.

There are 16 agents in total in the game, and each agent’s abilities and ultimate (Skills are the name of the strongest skill in the games we use while playing) are different from each other. There are 5 characters that come automatically at first. These are Sage, Jett, Phoenix, Brimstone and Sova. The main purpose of the game is to install the spike if you are on the attacking side, if you are on the defending side, try not to have the spike installed. In Valorant, where there are 5 different modes, there are ranked, unranked, death war, copy and special games. Depending on the updates in general, different modes such as climbing mode or snowball battle mode are also coming instead of copy mode.

There are 6 map pools in the game. These maps are Split, Ascent, Haven, Icebox, Breeze and Bind. Each map has its own unique gameplay. For example, on some maps, there are two different spike installation places (sides) named A and B. But on the Haven map, there are zones A, B and C. The use of sniper weapons (Operator or Marshal) is preferred as the gameplay distances are long on some of the maps. The game includes a battle ticket system and consists of 50 parts. It can be purchased for a certain vp (valorant point). You can unlock these parts by earning XP. You can earn more xp by doing daily and weekly tasks in the game. The game contains radianite. With these you can only unlock different colors of weapon upgrades and skins. The battle ticket lasts for 50 days in total and arrives at the night market 20 days before it expires. You can get 6 discounted weapon skins from there within a certain period of time. 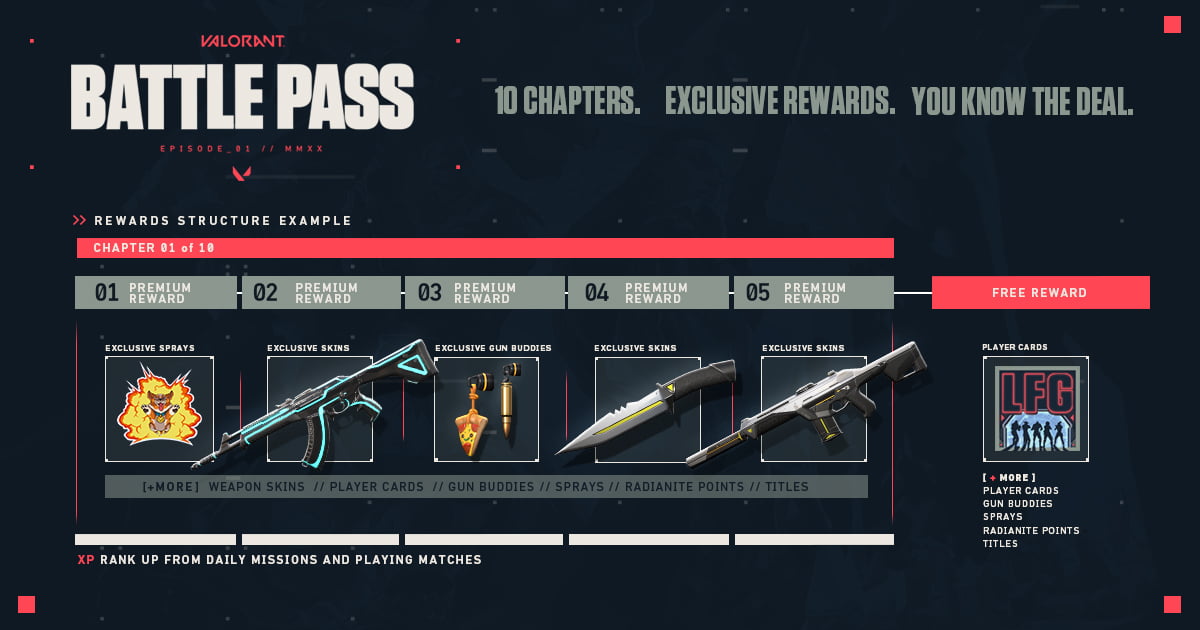 Getting Started with Valorant

First, he gives a little practice to teach the game and asks you to try the abilities of the character Sova. It teaches you how to set up and destroy the spike, then lets you get into the game.

After starting the game, you cannot enter ranked games at first, you must have a certain number of match wins in order to play ranked games. There are 9 levels in the game. 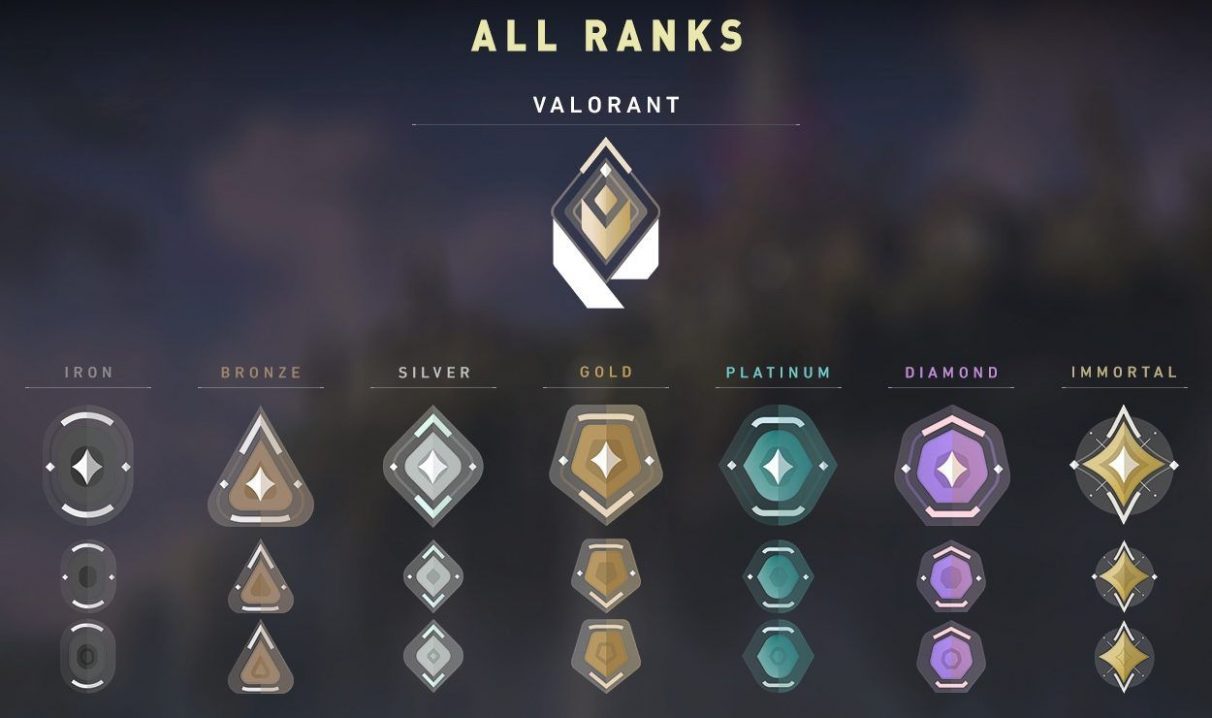 Characters, Abilities and Ultimates in Valorant

Sage: The absolute must-have agent for your team when playing ranked games. C ability builds a wall of ice, Q can slow the ground. Gives life to himself or allies with his E ability. (Maximum 60 health.) Ability E regenerates 40 seconds after cast. The ultimate ability, x, removes one of his teammates who dies.

Phoenix: With his C ability, he throws a wall of fire, regenerating when he approaches this wall, and inflicting damage to other players. You can flash left or right with the Q ability. The E ability throws a fire on the ground, and when you go on it, your character’s health is renewed. If you kill two enemies after using this ability, you will have the E ability again. You can die 2 times with his ult, and when he is low on health, using his ult will fill you up.

Jett: Generally the most used agent. Ability C throws a cloud of smoke. You jump into the air with the Q ability. You can quickly escape from an area with the E ability, or dash. This ability is refreshed after you kill 2 enemies. In his ultimate ability, he gives 5 knives and these knives are renewed when he kills a man.

Brimstone: You can strengthen your weapon by throwing a force sign on the ground with the C ability. With the Q ability, you throw incendiary to the ground. The E ability is the smoke cloud ability. Thanks to his ultimate, a huge fire that is impossible to escape when thrown on you descends from the air and the health of the remaining players is reduced.

Sova: C capability Owl drone. The E ability reveals the scout arrow and enemies where you throw it. Q ability shock arrow. His ultimate, on the other hand, generates energy blasts in a line and even deals damage to captured enemies and reveal their location.

Viper: Ability C throws a pool of acid on the ground. You can cast a venom screen with the E ability. With the Q ability, you throw a cloud of poison-filled smoke. In your ult, you create an area full of poison, and when the enemies enter this area, their health will decrease to one in a short time.

Cypher: You can booby trap with the C ability. E ability to place a hidden camera. You can throw a cyber cage with the Q ability. You can use your ultimate after killing a man, and when you use it, all your opponents’ locations will be revealed.

Reyna: With the C ability, you can squint and limit the views of the enemies for a certain period of time. You can use E and Q abilities when you hit the enemy. With the E ability, you become transparent for a short time. You can also refresh your health with the Q ability. His ultimate, on the other hand, gives you instant health when you kill a man.

Killjoy: You can drop two bombs on the ground with the C ability. You throw a turret with the E ability, which deals damage to your enemies. With Q, you place an alert bot on the ground, alerting you when the enemy passes by and disabling their shields. When you throw your ultimate on the ground, a shield will appear. This shield has a certain duration, when it expires, if there are enemies left inside the shield, it will detain them and they cannot get weapons in their hands. Skye: You can heal allies with the C ability. With the E ability, you can fire two flashes, which are refreshed in 40 seconds. With Q, you send a tiger and if it bites one of the enemies, it will shake them up and their view will be distorted. Reveals the location of enemies with his ultimate.

Comment: You can create fake footsteps with the C skill. You can send a dimensional transition orb with the E ability and teleport to the place you sent with this orb. With Q ability, you can fire two flashes. At your ult, you become transparent and run very fast so you cannot be seen by enemies (unless you are too close, of course).

Astra: You can throw 5 stars. With the C ability, you leave your enemies defenseless and pull them towards the center. You throw a cloud of smoke with the E ability. You can stun your enemies with the Q ability. With his ultimate, you pull a wall on the map, which blocks projectiles and greatly reduces sounds.

Kay/o: You throw shrapnel on the ground with the C ability and the health of the enemies inside it is reduced. With the E ability, you throw a knife and this knife both reveals the location of the enemies you throw and prevents them from using their abilities. You can flash with the Q ability. In your ultimate, the enemies can’t use their abilities again, and if you die before your ult ends, your teammates can remove you again.

Raze: An agent that deals damage to the enemy with all his abilities. You throw bombbots with the C ability, and when this bombbot finds enemies, it explodes, reducing their health. You can reduce the health of the enemies by throwing a color cluster bomb with the E ability. You can shoot rockets in your ultimate.

Breach: The ability C creates short bursts, reducing the enemy’s health. With the E ability, it shakes the enemies where you throw it. You can fire 2 flashes with the Q ability. It creates an earthquake effect on its ult. Everyone in the place you throw is shaken and their vision blurred. In addition, you can buy weapon skins by giving a certain XP in the game, the store system is a little different from other games. Every day, 4 weapon skins are automatically dropped into the shop and will be renewed at 03:00 at night. Some collectibles have a weapon finish that appears when you kill the last man. Usually most skins are taken by many players for their finish.

Tournaments are organized around the world, created by certain communities and set their own rules.

Although it takes time to learn the skills of the characters, it is one of the most enjoyable FPS games I have played. It is improving itself day by day with the updates coming. Although it is a newly released game (it celebrated its 1st year in the past months), the number of times it has been played is quite high. It is the ideal game for both those who want to play a war game and those who want to enjoy the game more by using abilities and ultimates.